CEMAS Reports: Because the future is a journey

There is a probable future. It is the place where technology and science, public administrations and markets are leading us. But is the scenario they paint the only possibility? We tend to think that yes, the path to the future is inflexible. But you only have to pause to see that, alongside that probable future, there is another one: a desirable future. And they do not have to match. Because, if we think about the long term, if we analyse possible alternative paths and imagine better scenarios, we can start now to build a future that will lead to a better world for all. 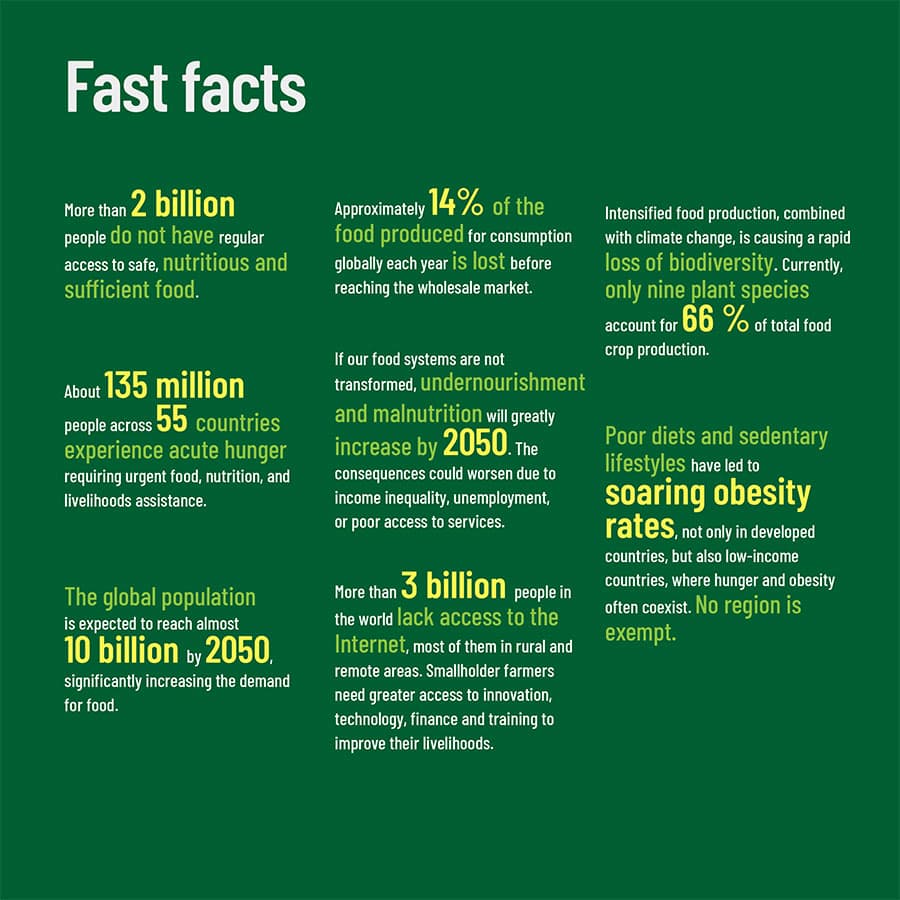 Whether that desirable future becomes a reality depends on us planning it now. And it depends on the different agents—citizens and institutions, companies and experts—being able to agree on this vision of the future.

What do we want the urban food of the future to look like?

The question, therefore, should be this: What planet do we want for the generations to come? And it is important that we all work out the answer together because we are becoming more and more interdependent. In the last decades, we have seen how hunger, armed conflicts and forest fires that happen in one part of the planet end up affecting us all. In case we had any doubts, the global pandemic has made clear the urgency of working together. We are already underway, yes. The United Nations has proposed the 17 Sustainable Development Goals as a scenario worth walking towards. Now we need to point out the steps that should lead us there.

Based on these premises, CEMAS wanted to join in the reflections by focusing on these specific issues. We have asked ourselves: What do we want the urban food of the future to look like? That is why, on the occasion of the World Food Day 2020, CEMAS presented a series of reports that invite reflection on the future of our food systems and on their relationship with cities and the rural world, with the nutrition of their inhabitants and with the health of all of us in Planet Earth.

From subsistence to high performance

The birth of agriculture was so important that it changed the history of humankind forever. First, it gave rise to trade, then to the division of labour and finally, it advanced science and technology. Thousands of years ago, great civilisations emerged in different parts of the world almost simultaneously, with very different cultural characteristics, yet all of them developing around the same practice: the cultivation of their food.

For a millennium, farmers only demanded from their land what was enough for them to live on, without the pressure of feeding large populations. But the 20th century saw a paradigm shift: the intensification of agriculture brought about by the application of modern biochemistry and engineering to crop production. Following the same model that had revolutionised the means of production, agriculture in the industrialised world adopted mechanisation, incorporated labour-saving techniques and applied chemicals to nourish and protect crops.

To grow more in order to feed more—that was FAO’s objective to provide solutions to a world that was going through the devastating consequences of the Second World War. And it happened. Through the use of agricultural equipment and machinery, the use of fossil fuels, intensive tillage, the application of fertilisers and pesticides, and a preference for high-yielding crop varieties, productivity took a huge leap and was able to make enough food to meet the needs of virtually all of humanity.

…and from high performance to the sustainability of our food systems

It is now acknowledged that these exponential improvements in production were at the cost of the degradation of our planet, with consequences ranging from the loss of biodiversity to deforestation and the emission of greenhouse gases. These consequences not only endanger the world’s productive potential in the near future, but they also put food and agriculture at a crossroads: feeding a population that is constantly growing and is increasingly concentrated in urban environments.

As was the case hundreds of years ago, agriculture can once again drive the advancement of humanity. This time, to bring us closer to a more sustainable, just and inclusive world.

The cause of nature is a cause of man

Despite the fact that food systems have come a long way in ensuring access to food, it is still very difficult for 2 billion people to eat well. Then COVID-19 arrived and doubled the bet. The food crisis was compounded by restrictions applied to curb the pandemic, limiting the income of vulnerable households and making access to food more difficult. This situation demands that we all work towards the path that FAO is setting out to achieve more resilient food systems and more sustainable livelihoods.

For all these reasons, the reports by CEMAS—against the backdrop of urban food—outline the motto that FAO chose to commemorate its 75th anniversary: “Grow, nourish, sustain. Together”.

These are its main conclusions:

Today, the transformation of our food systems faces the enormous task of reversing the impact of intensive production on our planet. In turn, the pandemic exposed the fragility of food supply chains, questioning the historical relationship we have established with agriculture and pushing us to take very important decisions to care for both people and the planet.

Therefore, the alternative must be to promote the consumption of fresh local food, obtained directly from the producer, and to value the essential (and often invisible) contribution of agricultural professionals.

In addition to promoting environmentally friendly cultivation, humanity is joining efforts to eradicate hunger. No less important, however, are the rates of malnutrition resulting from insufficient or defective nutrition. According to FAO, access to healthy, mostly vegetable, seasonal, short-channel, agroecological and affordable food is crucial. According to the organisation’s data, 200 million children under the age of 5 continue to suffer from delayed growth or wasting, and 3 billion people cannot afford the most basic healthy diet.

Humanity is taking up the challenge of transforming food systems to benefit people, land and the planet, without leaving any of these elements behind.

The simple equation that marked the beginnings of the institution (grow more to feed more) has become obsolete. It is becoming increasingly clear that change in our food system must take place within a framework of ecological preservation, that is, building a system that produces the least environmental impact in order to reduce the effects of climate change.

We all have a role to play in contributing to the eradication of hunger and the transformation of food systems. Whether it is by making healthy food choices, reducing waste or advocating for governments, businesses and organisations to share knowledge and support sustainable and resilient systems and livelihoods. The year 2030 is still the horizon for ending hunger and malnutrition in all its forms. Are we in time to save our planet?

All the CEMAS reports are available here.