FAO and CEMAS at the World Urban Forum 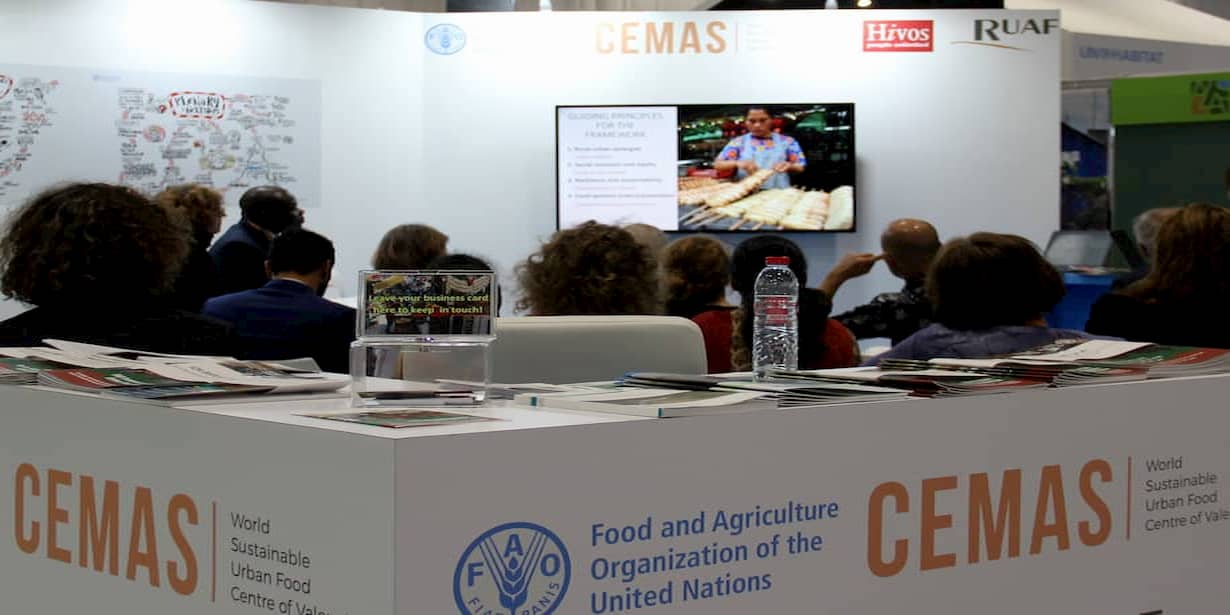 CEMAS and FAO have collaborated to jointly participate in the 10th World Urban Forum in Abu Dhabi.  This forum, which UN-Habitat convenes every two years, analyses experiences related to sustainable development and how the New Urban Agenda (NUA) is being implemented.

In total, 15 activities have been carried out over six days and more than 300 people have received information on issues related to urban power. At the booth of FAO and CEMAS, other organisations have also collaborated, such as Hivos and the Resource Centre on Urban Agriculture and Food Security, as well as other international organisations, non-governmental organisations, academic institutions and research centres.

Today, more than half of the world population lives in cities. With the expected increase in the urban population to 68% by 2050, urbanisation is changing fundamental aspects of our world.  FAO has played a key role in the integration of food systems in the New Urban Agenda.   Marcela Villarreal, Head of FAO’s Partnerships Division, stressed that it is very important that food is discussed at the World Urban Forum, “especially considering that often people dealing with urban issues do not take food into account. Our actions and debates within the framework of the 10th edition of the World Urban Forum on the Urban Food Agenda have generated greater awareness of the links between various components of urban policies and programmes, and issues related to food”.