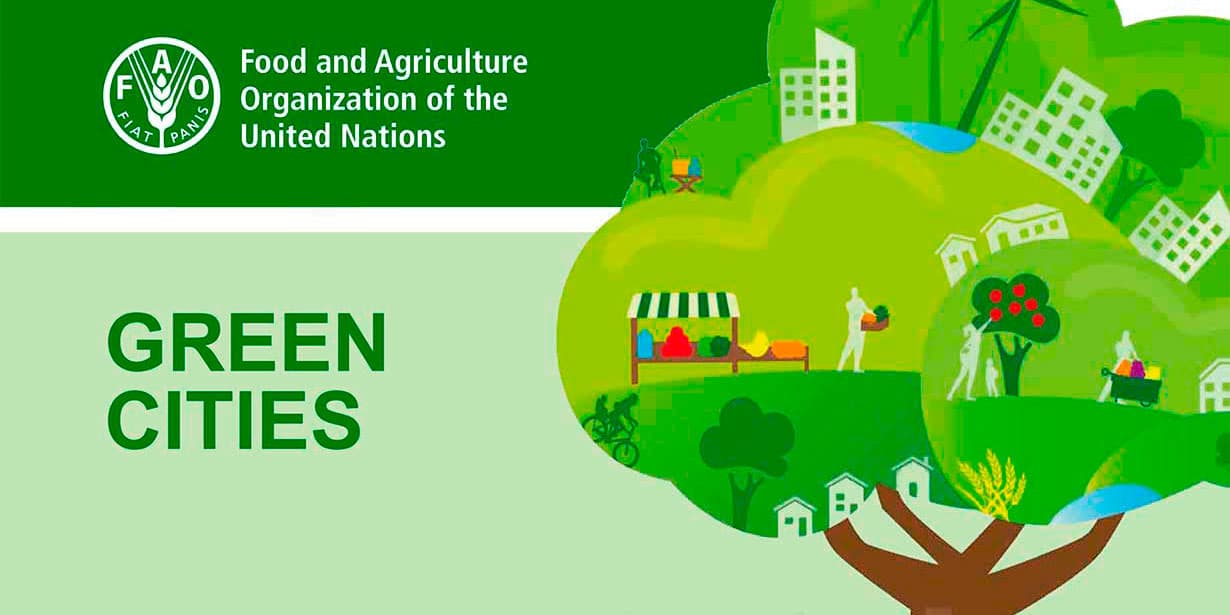 One hundred cities from all over the world have already joined the initiative and a thousand cities are expected to join in no time.

The Green Cities plan was launched last Friday at a virtual high-level event entitled “Green cities to build back better for SDGs – A new powerful venture”. The event was organised by FAO in the framework of the 75th session of the United Nations General Assembly. During the event, FAO Director-General QU Dongyu stated that “a fundamental change is needed in the design of our cities to make them greener, more resilient and more dynamic”.  Similarly, FAO Assistant Director-General René Castro called for innovation to be directed towards this goal and for the promotion of “green jobs, especially for young people”.

The session was attended by the heads of various United Nations programmes, mayors of various cities around the world, and representatives of city networks and other institutions. It was also attended by the director of CEMAS, Vicente Domingo, who supported the initiative and pointed out that we are facing a historic challenge: that political leaders feel it is their obligation “to achieve a model that allows all people living in cities to be adequately fed.  There are enough resources, technology and wisdom”.

The main objective of the Green Cities initiative is to increase people’s well-being by facilitating access to quality food from sustainable urban and peri-urban food systems. FAO Director-General, QU Dongyu, confirmed that one hundred cities around the world have already joined the initiative, but they hope to reach one thousand cities. Of these hundred cities, 15 are metropolitan, 40 medium and 45 small cities.  The idea is for this network of green cities to share experiences on good practices that have yielded results.

During the session, the fundamental role that cities are playing in the coronavirus crisis was highlighted.  Maria Helena Semedo, Deputy Director-General of FAO, said that the pandemic has challenged some of our approaches.  In connection with the fulfilment of SDGs, she stated that “we must act now and we must do it together”.

The Green Cities initiative aims to be an integrated approach to urban and peri-urban planning designed to improve the quality of forests and green spaces, increase the adoption of sustainable practices and technologies and promote sustainable and inclusive urban food systems.