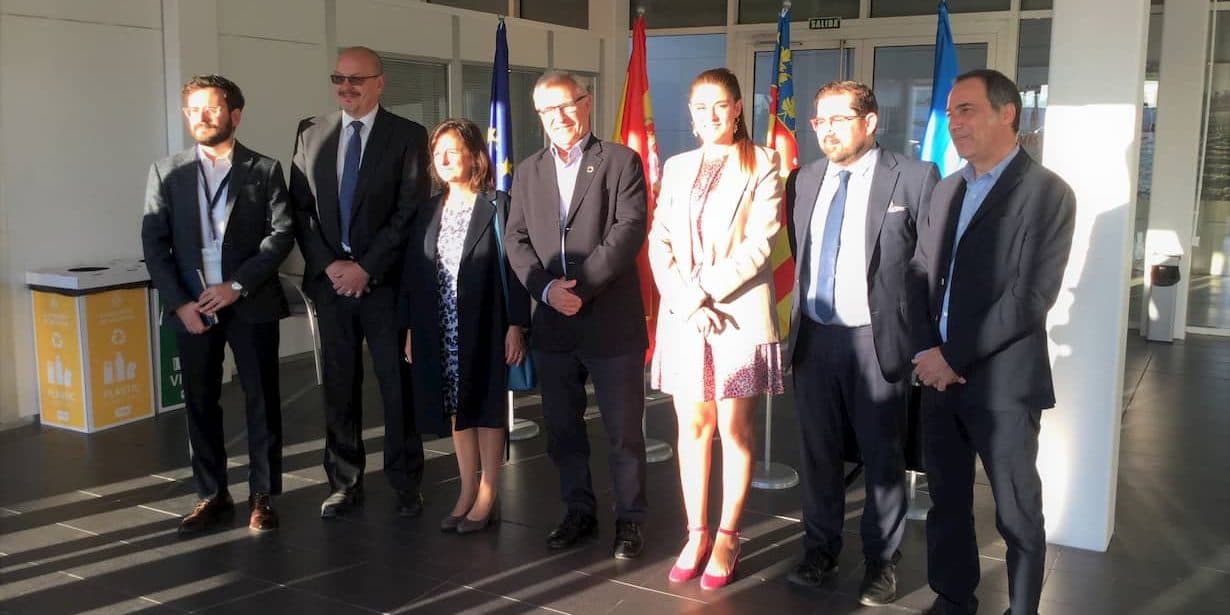 The announcement was made by the Mayor of València, Joan Ribó, at the opening of the congress that celebrates United Nations Day, organized by the UN Information Technology Centre based in Quart de Poblet (València). Located in the La Base de La Marina de València building that houses the CEMAS offices, the congress focusing on SDGs, progressed with great success throughout the day, with the participation of several hundred people.

Institutions, foundations, companies and associations from various sectors shared their experiences regarding sustainable development. Participating in the opening session of the congress were the director of the United Nations Global Services Centre, Giovanna Ceglie, the Mayor of València, Joan Ribó, the Regional  Minister of Agriculture, Mireia Mollà, the director of the office for the 2030 Agenda, Federico Buyolo and the strategic director of La Marina, Ramón Marrades, among others.

Giovanna Ceglie declared that “we need inclusive multilateralism” especially at a time when a growing credibility deficit can be observed in international institutions and organizations. Joan Ribó, on the other hand, announced the incorporation onto the CEMAS Advisory Board of Mª Fernanda Espinosa, a political gesture that has qualified as top notch, giving an idea of ​​the dimension of the alliances which will carry out the objectives entrusted by the FAO. Ribó has pointed out that the UN is even more indispensable today than when it was founded and that we must continue to have faith in this collective initiative.

In the second part of the morning, the President of the Generalitat, Ximo Puig, who also attended the congress, said that the Generalitat identifies with “each and every one of the 17 points of the 2030 Agenda and, particularly with the 5 Ps in which they are framed: people, planets, prosperity, peace and partnership”. The head of the autonomous government made a thorough visit to all of the stands of the participants at the congress.

The director of CEMAS, Vicente Domingo, participated in Block I (focused on SDGs 1, 2 and 3) together with Sergio Moratón, the delegate of the Vicente Ferrer Foundation, and Anabel Talens, the director of Health and People. Vicente Domingo contrasted the figures of world arms spending with the much smaller figure, which according to FAO, would be necessary to end world hunger. The director of CEMAS concluded by wishing the United Nations a long life:  “Long live this fantastic army of dreamers”. For his part, Sergio Moratón pointed out that the strength to carry out the objectives of sustainable development “must be found in the hope of a better world, not in fear”.