Top 10 FAO Achievements You Should Know About 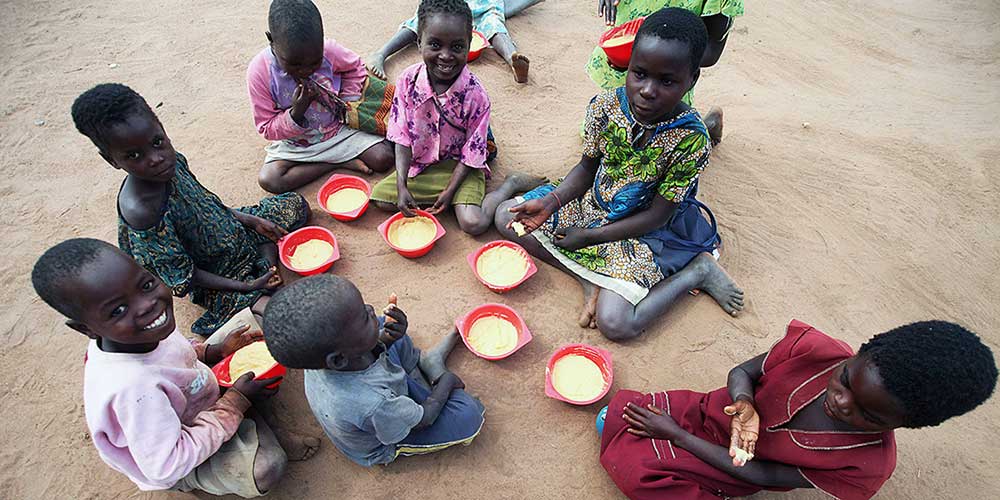 16 October marked 75 years of the history of the FAO, its protagonists and its achievements. Many positive achievements have been made during these decades on issues such as increasing food production and regulating food trade and fisheries. Throughout history, FAO has reached historical milestones that have brought about great progress for humanity and that fill us with hope for the years to come:

In 2011, the world was declared free of rinderpest. The disease, which caused enormous damage for centuries, was eradicated through a program coordinated by FAO. Previously, humans had only been able to eliminate one disease: smallpox in 1980.

In a historic victory for veterinary science, FAO and OIE announced that after decades of joint international efforts, rinderpest—a deadly livestock disease—had been successfully eradicated from the wild.

Who owns a seed? The country where it was collected, the country where it is kept or is it part of the world heritage? The International Treaty on Plant Genetic Resources for Food and Agriculture, which came into effect in 2004, regulates the conservation, sustainable use, access and benefit sharing of any component of plant biodiversity for food and agriculture.

For over half a century, the Codex Alimentarius has contributed significantly to protecting consumer health and ensuring fair practices in food trade. This successful partnership between FAO and WHO seeks to remove barriers to world food trade while ensuring food safety.

Twenty-five years after its approval, this set of principles and standards is more relevant than ever. Its principles have led to the creation of several instruments that seek to improve the conservation, management and development of fisheries and aquaculture.

These voluntary guidelines were negotiated by various actors, including civil society and the private sector. As a world reference, they assist governments in managing natural resources.

This multi-stakeholder platform within the United Nations system addresses food security and nutrition policies. The CFS is a participation model that can help countries achieve greater development.

A programme launched in 1974 by the WHO, FAO, UNDP and the World Bank allowed to eradicate onchocerciasis, or “river blindness”, in a dozen West African countries. The fight continues in other parts of the world.

The Green Revolution of the 1960s and 1970s helped end hunger for hundreds of millions of people, particularly in Asia. This was achieved thanks to the unprecedented increase in food production resulting from the mass cultivation of improved cereal varieties, especially wheat and rice, and the adoption of modern crop production practices.

A platform between different international agencies and participating countries that promote transparency in global food markets and the coordination of policy actions in response to market risks.

The political mobilisation of Latin American countries to end undernourishment has produced benchmark initiatives such as the “Zero Hunger” project in Brazil or the CELAC‘s (Community of Latin American and Caribbean States) Plan for Food and Nutrition Security and the Eradication of Hunger. It is the region that has made the most progress in recent years.