València: a firm commitment to urban beekeeping in green areas 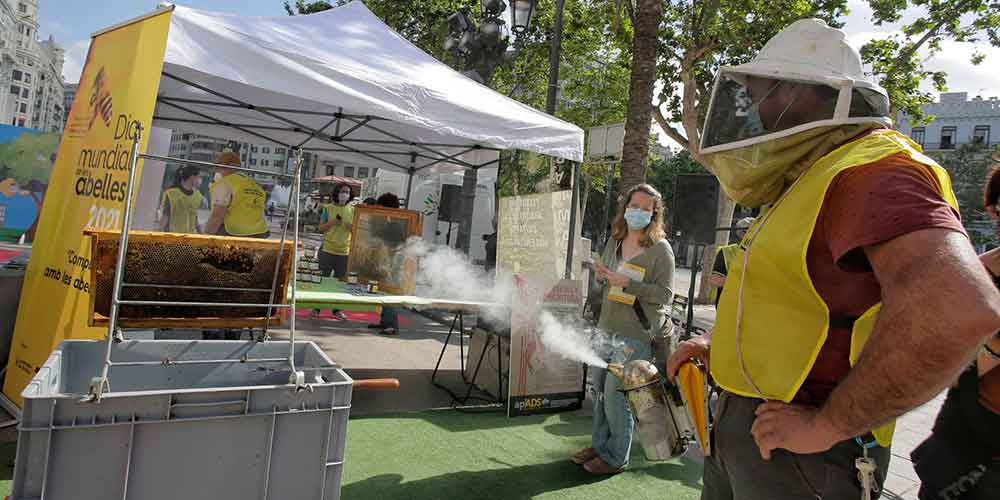 For the second consecutive year, València celebrated World Bee Day and promoted a series of activities with the aim of raising awareness of the fundamental importance of bees for the planet and people. The celebration was hosted by the València City Council and was supported by the Valencian Association of Urban Beekeeping (AVAU).

In recent years, the València City Council has installed and managed about twenty beehives in green areas as part of its strategy to promote urban biodiversity. Examples are the beehives located in the Jardines del Real (Viveros Park) and the Turia Garden.

The Deputy Mayor and Councillor for Urban Ecology, Sergi Campillo, remarked that soon it will be possible to carry out urban beekeeping in València, once the Generalitat modifies the regulation.

“At the València City Council we are convinced of the important role that bees and pollinators play in the environment, and we are committed to the promotion and protection of biodiversity in general, and bees in particular”, he said.